All tissue has been collected according to the Standards for Tissue Banking of the American Association of Tissue Banks (AATB) and Federal Drug Administration Regulations (FDA).

mVASC™  is restricted to homologous use for the reconstruction, repair, or replacement of microvascular tissues, such as in bone and most soft tissues.

Each package of mVASC™ microvascular tissue is intended for use in one patient, on a single occasion.

The mVASC™ manufacturing process involves exposure to Gentamycin, Clindamycin, and Amphotericin B.  The safety of product use for patients with hypersensitivities to these antibiotics is unknown.

The mVASC™ manufacturing process involves exposure to collagenase and neutral proteases.  The safety of product use for patients with hypersensitivities to these compounds is unknown.

The mVASC™ microvascular tissue treatment is not suitable for intravenous injection.

Processing of the human tissue, laboratory testing and careful donor screening reduces the risks of donor tissue transmitting disease to the recipient patient.  As with any processed donor tissue, there is still a potential for the transmission of infectious diseases.

No long-term studies have been conducted to evaluate the carcinogenic or mutagenic potential or reproductive impact of the clinical application of mVASC™ microvascular tissue treatment.

Do not use if expiration date has been exceeded or if there is evidence of defects in the package or label integrity.

The physician is responsible for determining the appropriate amount and use of mVASC™ microvascular tissue for each application.

Healthcare practitioners are responsible for maintaining recipient records for the purpose of tracing tissue post-implantation.  Patient tracking labels are provided for this purpose.

Do not use if the package seal is broken.

Unused or expired product should be discarded in accordance with local, state and institutional human tissue disposal requirements.

Donor screening methods are limited, therefore certain diseases may not be detected.  The following complications of tissue transplantation may occur:

Adverse reactions associated with mVASC™ microvascular tissue or the implant procedure include:

mVASC™ microvascular tissue is regulated by the U.S. Food and Drug Administration (FDA) as a human tissue intended for transplantation. mVASC™ is obtained, processed and sold in CFR Parts 1270 and 1271), as well as the American Association of Tissue Banks (AATB) Standards for Tissue Banking.

Microvascular Tissues, Inc. has determined that the donor of this microvascular tissue is an eligible donor based on the results of donor screening and testing records.  Donor screening was performed in accordance with FDA regulations and AATB standards and includes, but is not limited to: review of relevant medical records, physical examination of the donor, laboratory test results, existing coroner and autopsy results, as well as other information pertaining to risk factors for relevant communicable diseases.

This testing determined that mVASC™ microvascular tissue tested negative or non-reactive for all of these communicable diseases.

Due to limitations in testing technology, donor screening and testing alone cannot totally eliminate the risk that human source material will transmit disease.

The mVASC™ microvascular tissue is provided sterile, in an amber vial that is secured in a tray with a sealed Tyvek lid and packaged in an outer box.

mVASC™ microvascular tissue is sterilized by gamma irradiation to a SAL of 10-6. The product is sterile unless the package has been opened or damaged. DO NOT RESTERILIZE.

Step1: mVASC™ is packaged in a PETG tray with a peelable Tyvek lid. The inside of the tray and the vial containing the product have been sterilized. The outside of the tray is not sterile.

Step2: Grasp the Tyvek lid at the designated corner and pull the lid off the tray, taking care not to touch the vial.

Step 3: The vial can be removed by presenting the opened tray to a second, sterile-gloved person who will remove the vial using aseptic technique.

Step 4: Draw 1 ml of USP sterile water for injection into the syringe.

Step5: Remove the flip-off cap from lid of the amber vial of mVASC™ microvascular tissue in the sterile field.

Step7: Agitate the vial for 2 minutes to ensure rehydration of the mVASC™ microvascular tissue.

Step8: Check vial to ensure that product is completely hydrated.

Step 9: Draw the hydrated mVASC™ microvascular tissue from the vial into the syringe.

Store in a cool, dry place and in a manner that protects the integrity of the package and sterile barrier.

CAUTION: Federal law (USA) restricts this product to sale by or on order of a physician. 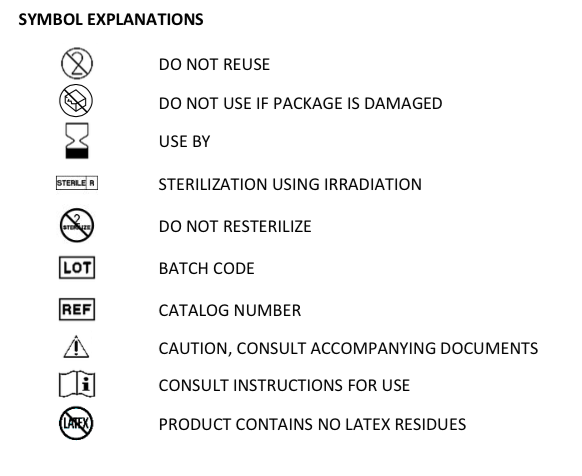 Marketed and Distributed By: